I've just finished reading Rich Roll's autobiography 'Finding Ultra'. Towards the end he talks about a meal they had and said about a chocolate avocado mousse. Intrigued I looked it up and found the recipe courtesy of Food52 (http://food52.com/) and tonight I made it.
It's quite interesting as avocado is quite a strong flavour and mixed with chocolate seemed odd but it was actually pretty good.
The kids didn't like it but they don't like avocado either! It's worth a go for something different. The recipe is
- a couple of avocado's
- 3-6 table spoons of cocoa powder
- 1/2 a tin of coconut milk
- 1tsp of vanilla extract
- 3-4 table spoons of syrup (you can also use honey or nectar)
- a pinch of sea-salt
Basically mix it all together then spoon into bowls and chill before serving. You can garnish with nuts or some orange pieces and zest. 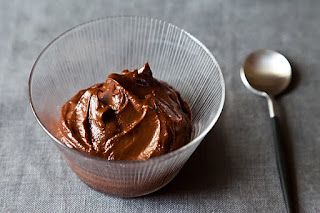 I love a good sports book or memoir. Just look at the books I got for
Christmas and my birthday in early January. Bradley Wiggins, Pep
Guardiola, Tyler Hamilton all feature as did Rich Roll - Finding
Ultra.

I was very keen to read this book as, having discovered him via
twitter, his story is a very engaging one and one that if it fails to
motivate you then there is no motivating you.

The opening chapter drew me in totally and completely. Having the sort
of impact that Dean Karnazes Ultramarathon Man book did. I commented
at the time that everybody should be made to read Dean's book when
they turn 30. Well, I also think that when turning 40 you should read
Rich Roll's book.

In a nutshell the author goes from an overweight lawyer to endurance
athlete of the highest order in a very short timeframe and then
completes the EPIC5. Five Ironman Triathlons in a week each on a
different Hawaiian island.

So what's the book like? It's a quick and engaging read, Roll is very
likeable and honest. It's quite light in tone and style, not
challenging or particularly sophisticated. It is immensely enjoyable
and, if you like that sort of thing, hard to put down.

There were a couple of things that I found uncomfortable though.
Specifics from his story and language used.

When describing his alcoholism he likened it to diabetes. As a type 2
diabetic I found this quite offensive and actually nearly put the book
down. I may be over simplifying this but alcoholism to me is about
drinking. And to stop you just stop drinking. Accepting the physical
and mental issues that go with that as a process the solution is there
- you just stop drinking. Please explain to me how, as a diabetic, I
can stop something that is self inflicted that will make my diabetes
go away..... Nope? Can't do it?

Accepting alcoholism as a disease is one thing, comparing it to
diabetes a step too far.

The other aspect of the book that made me uncomfortable was the talk
of being 'blessed' and 'the universe taking care of you'. Ok so you
can feel very fortunate to have your life, to feel that way must be
(is) great. I think the word blessed has religious connotations that
make me squirm. If he feels that way then great but it's pretty
syrupy. The passage where the drunk Hawaiian lady asks if he wants to
party almost made me laugh out loud. She's just a drunk woman but is
described as an alcoholic and then an angel to remind him of where he
has come from..... She was just a drunk woman.

Then there's the stuff about the universe providing. Walk a city at
night and there are plenty of folk that the universe has not provided
for. I think this is more about working hard to play hard. Basically
work to live rather than live to work. The reality is we need an
income to live and to enable us to do the cool stuff that we really
want. That's not the universe that's people. If we can do it by doing
something we love then we've nailed it but not everyone is that lucky.

I still don't know what I want to do when I grow up but my job gives
me a certain freedom to do the cool stuff I do enjoy. That's not the
universe that's me.

The diabetes part aside this doesn't detract from a motivational book
which really will make you want to get out and run.

It really will.
Posted by justmmb at 7:04 PM

Following the experimentation with a Paleo diet we had cheesecake tonight that was made following a Paleo recipe. 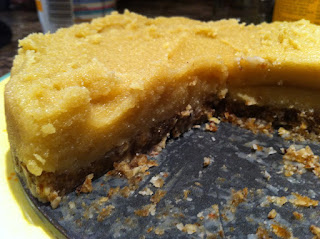 The base was made with chopped nuts, dates and coconut oil blended together and then pressed.
The topping was made with cashews soaked in water then pulped mixed with lime juice and nectar. Spread on top of the base and then set in the fridge.
Really tastes good!
Posted by justmmb at 7:48 PM

We are just experimenting with a paleo diet, I've just made this very small loaf - looks and tastes great!

The recipe is below the picture along with the credit. 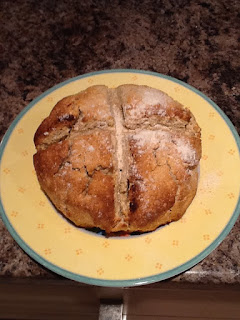 Recipe from the Nom Nom Paleo™ app for the iPad

I'm not a big fan of "Paleoized" versions of Faileo foods. They keep alive our cravings for grains and sugar, and they're rarely as yummy as the real thing. But once in a while, a gluten-free bread or cookie recipe will knock my socks off, like this one. Heed my warning: This crusty quick-bake bread is one addiction you won't be able to shake.