The Game Changers - a response to the responses..

I have been thinking a lot about the response to the The Game Changers documentary that was released in the last month or two. The response I have seen, as part of the vegan community, is that this is nothing new. It’s almost an I told you so sort of response. The benefits that the hero of the film describes and experiences being what many vegans have experienced and continue to do so. I include myself in that. Anecdotal it may be but that doesn’t make it wrong and let me tell you that to me it those benefits are incredibly real.

The other response has been to debunk the claims in the film. The tipping point for me was the Joe Rogan podcast (episode #1389) where Chris Kesser spent the best part of 3hrs debunking the claims in the film. I started to listen as I thought I was interested in the counter point. I managed about 20 minutes and then thought why am I listening to this? It’s not going to change my mind and if anything I will just get frustrated by what I am hearing.

I am no expert but I am pretty sure you can find a scientific report or reference to justify more or less any stance you want to take (with the exception that the earth is most definitely not flat!). The Game Changers, much like Cowspiracy and What the Health before it, offer a perspective that there is another way. The reality is that many or maybe most people do not realise that.

The other facts are that, particularly in the USA, but the Western world has epidemic levels of heart disease, type 2 diabetes and other conditions labelled as lifestyle conditions. Obesity rates continue to rise and with it health has maybe never been worse.

Whatever we have been doing to date is clearly not working for an increasing number of people.

Considering this further you realise that there are no pro-meat or pro-dairy documentaries. There are millions of pounds of advertising and vast amounts of marketing telling us that milk, meat and eggs are good for us. That we should consume for protein and strong bones and teeth.
It goes on and on. You then realise that this marketing has existed forever. Or certainly in my lifetime. If you are of a certain age you grew up in a world where consumption of this type was totally normal without there really being a viable alternative.

Where’s the film that describes how a vegan, we’ll call him Jack, who weighs in at barely 9 stone, has a pallid complexion and no energy. He has tried to sustain himself on plants but it’s just not working. He is vitamin deficient, his skin is dry and his hair brittle. Then someone in a white coat looks at his diet and suggests that he starts eating steak and eggs and maybe drinking cow’s milk. Over the coming weeks and months his body builds, his energy and vitality returns and the once barely 10 stone Jack is now a heroic 12 stone of muscle and confidence.

That film does not exist. That film will never be made.

That for me is the crux of the argument. Debunkers want to have their say as they want to protect their way of life and a film like The Game Changers questions that. It shines a light on behaviour that has always been that way. As a culture we grew up on meat and two veg. That was then and this is now. Where are the videos of celebrities and athletes that continue to eat meat telling us that? There aren’t any. Maybe they don’t need to as they consider that normal, it was and has been so for many years, you could argue that it’s been that way almost forever. The Game Changers represents a challenge and shift to that normal.

There is a lot of emotion bound up with food. We use food to celebrate and commemorate. We share our tables with friends and family and commune around food. A small subtle change to that makes everyone question their behaviour whether they want to or not. Then the response is an emotional one, people that continue to eat meat feel they need to justify themselves. That’s what I see the debunking as. An emotional response to something external that actually doesn’t warrant it.

It’s nothing more than choice. If you eat a traditional diet and watch that film and it makes you maybe change your behaviour a little then great. If it doesn’t have any affect on you then move on. The point of view offered by meat eaters is just a different point of view. Their normal is being challenged and they don’t like it.

Normal is being redefined. There really isn’t anything normal anymore.
Posted by justmmb at 1:25 PM

Nike running shoes (no not the 'next %')

If you had told me 5 years ago that I would one day be running in Nike shoes for not just road but road and trail I would have frankly laughed at you. I had one experience with Nike running shoes some years ago and it was frankly terrible. That was, truthfully probably more than 10 years ago but it has only been the last year that I have tried them again and that they have become my go to shoe. 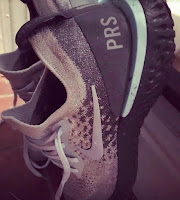 It started with a Black Friday deal in November 2018 where I bought a pair of the Nike Epic React Flyknit road shoes. I bought them as they were advertised as being super-cushioned and I like soft running shoes. I assumed that they were the Nike version of the Adidas Ultraboost which I had been wearing for a couple of years and was not too far wrong. Whilst they are similar in terms of cushioning they are very different shoes. They are my go-to road shoe, I love the styling, the fit and comfort. They are also pretty responsive and feel and perform fast when they need to. 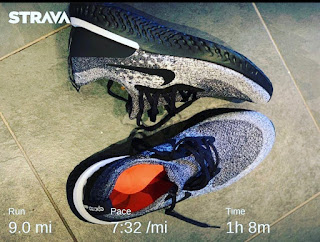 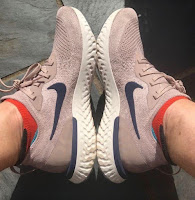 When I found myself shopping for some new trail shoes I looked at what I had and why I was looking for new. I have some Adidas Terrex that are a couple of years old (low mileage) and whilst a good, sturdy shoe it feels exactly like that. More a shoe than a trainer. I keep them but will use them for dog walks up the hill rather than any actual running. I also have some Salomon maxi-cushion shoes, I forget the model. They were awesome but I find that on long runs they rub my feet a little. Never in training, only in racing. Thinking at how much I liked the Nike road shoes I looked at the trail offerings and saw that the Wild Horses were getting a fair bit of attention and good reviews. Based on that and added that I liked the styling I thought why not?

Nike Wildhorse 5’s
Out of the box there were two things that struck me; 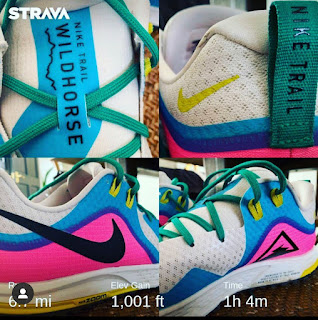 I did think that I may have picked the wrong colour as they are predominantly white and they are a trail shoe. They look good though and rule 1 is that you have to look good isn’t it? I liked the toe box without trying them on because I was a little concerned that maybe they had put some aggressive tread on the road shoe and seen how it goes. That was patently not the case.

I have worn these shoes on a number of trail runs now with a mix of terrain and they are really a great. They shoe comfort is excellent, the farthest I have run is a little over 20 miles in a race and there were zero issues, no rubbing, no hot spots and no blisters. The shoe is probably not as grippy as others out there the tread being reasonable rather than aggressive. I have used them on lots of terrain types from wet leaves and mud through gravel and sandy trail and they can handle all of that without issue.

Styling; awesome! Bold and brash – better than a lot of their competitors. With so much kit being just black and red why not a pair that are white? Love them and they look even better now they are a bit dirty.
Comfort; excellent, soft foam upper, good solid rubber outsole and knitted shoe. Protection on the, very wide, toe-box for stones and other debris.
Durability; I get good vfm from trail shoes as most of my running is on road. With more events planned for 2020 I think I will probably be giving these a sterner test than I have many of my other trail shoes.
Cost; the retail price for these is around £105 but I have seen them for £88. You could argue this is cheaper than the current market for similar shoes. I bought mine from Sportsshoes.com for £105 a few months ago.
Downside; I guess the colour could be considered a down side but ‘m not sure that’s enough. Much like the Epic React Flyknit I cannot see a negative. I am like this though, if I like something I don’t really see the negatives and these are no different.
Verdict; so far so good. I have run around 70-80 miles in these. They are grippy, tough, I like the toe box and I love the styling. Quality shoe.

I have said it before but when I review products I am generally really happy with them. If I am interested in something new then I will research it and get a physical look at the product before buying. By the time it arrives I am a little bored of it already as I know a lot (everything) about it. This applies for everything and anything whether it be running socks or a race vest. That said my experiences are not false and that I really like these products and have invested more than once in them speaks volumes.

The Epic React Flyknit is my go-to road shoe. I use it as a workhorse for most of my road running. This can be anything from 2.5 miles through to 20 and beyond. The shoe is just comfortable and on the occasion where I demand more performance it can respond and give me what I want. That’s not to say that there may be better shoes that are more specific, a racing flat or a workhorse for commutes, but for a workaday shoe that you can race in or put down some speed this is that shoe. 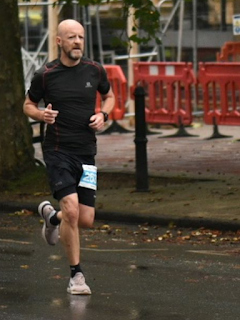 I set my half marathon PB some 10 years ago, at Tewkesbury, with 1:27:15. Earlier this year I ran the Cheltenham half marathon finishing in 1:27:48 (this was for the course I actually did 1:27:01 for the half marathon distance) the point being that I am 10 years older and whilst I am generally in better shape and better trained I am still 10 years older and still ran a similar time. Oh and I was wearing a pair of Epic React Flyknits.

I have talked about how i struggle with the aspect of racing that is the mental side. When things are not going as i want or maybe the miles are not ticking over quickly enough i start to focus too much on that rather then the why i am out there in the first place. I experienced this a little at Roly's Run only last weekend. It's like race-fatigue really but i don't race that often at all... anyway those clever people at 33Fuel have a blog about this very topic and one of the strategies is to focus on what you are doing in that moment.

This is a central tenet of mindfulness and "right here right now" will be my mantra as i head into the Broadway Marathon this coming Sunday.

The 33Fuel blog is here by the way; https://www.33fuel.com/news/mental-tricks-to-turn-your-race-around/.
Posted by justmmb at 12:43 PM