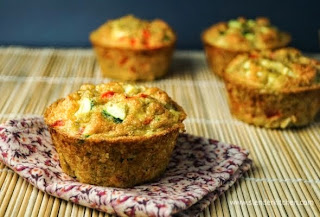 I made these this evening, they're great as a standalone snack or warmed with some veggies of the side.

There's now only five weeks until the Cheltenham Ultimate Challenge. A
75km ultra starting and finishing at the iconic and world famous
Cheltenham Race Course.

The last two weeks have been hard weeks with longer long runs and
higher weekly mileage. I have covered around 108 miles in the last
fortnight with the last week being a 57 miles week, this is high for
me. To date I have averaged around 50 miles a week. The longest run in
that period has been 23 miles with the longest day being 26.6 miles.
In training for this event I have run, over a period of 7 weeks, 326
miles with a further 206 planned over the next 5. That includes a
taper week and the race itself.

This Saturday just gone I needed to run a marathon distance. With home
logistics this was not feasible in one hit so I decided to run it in
two halves. A half marathon in the morning and a half marathon in the
early evening. I had all sorts of grand ideas about trying to negative
split them against each other but that pretty much went out the window
when I found myself going sub 7 min mile at a point in the morning.

I decided to go pretty quick in the morning and then see what happened
in the evening. My morning half was completed in a little under 1:36.
I felt great and did back off a little towards the end to save
something. My PB is 1:27 set some years ago and I definitely feel I
could better that currently in a race environment and on a typically
flat course.

In the evening I ran 1:42 which in the circumstances was even better.
I was somewhere I don't normally run, taking my daughter and some
friends to a party at Cattle Country I found myself running around
Berkeley. In these circumstances an out and back works best for me as
I have a shocking sense of direction. It normally works except that
the out route I selected happened upon a dead end after around 2.5
miles. Doubling back to where I started I then headed out in the other
direction calculating the remaining distance and halving it for the
second out and back.

In the morning it had been clear skies and sunshine but with the sun
not high enough temperatures were around 12c. Compare that to the
evening where the temperature was closer to 20c and this was
significant. This will be valuable though as the Ultra is on 22/06 and
even in an English summer it won't be cold I am sure.

Some of the footpaths around Berkeley were interesting. Narrow Tarmac
wide enough for one that was lumpy and cracked from neglect and plant
roots, visibility was also obscured by long grass and weeds
encroaching. It was hardly Hardrock or UTMB but did mean a more
tentative approach to foot placing was necessary. The last thing I
wanted was to turn an ankle in such a benign setting.

I was back at the party to pick up the girls in time. I'd run 13.5
miles. My total for the day 26.6. I felt great and was buzzing from
it. I, unsurprisingly, slept like a log Saturday night. The week ahead
is an easy week totally 36 miles with a long run of around 10 miles.
To date all my training has been done in Hoka's, actually of the 870
odd miles I have run to date this year probably 850 has been in
Hoka's.

This is causing me a bit of a problem as they are proving to just not
be durable. The rule of thumb on shoes I normally work to is that they
are good for between 500-600 miles. Plenty of people I know go beyond
that. If I look at the soles of some of my 'traditional' running shoes
they have been well used yet still have plenty of rubber tread left. I
had my first Hoka's at Christmas and by around 300 miles I had worn
through the rubber outer sole - at 500 miles they were unwearable such
was the wear pattern on the sole. I am less than 300 miles into a new
pair and already the wear pattern is significant. To the point where I
am considering the best thing to do going forwards.

This week I am running in my Brooks Pure Project shoes. A very
opposite shoe to the Hoka and one that took a little adjustment
yesterday. It was like running in cardboard! I have them with me today
and will use them all this week. What I may look to do is wear them
for more training runs, particularly shorter efforts and save the
Hoka's for longer runs and longer races.

I can sort of understand that Hoka's are less durable as with the shoe
being oversized the need to save weight is paramount. But putting
something like a vibram rubber outer sole would make such a massive
difference to the shoes. I am going to write to Hoka about this as
feel it is something worth highlighting to them. I will also be
pointing out that my one man crusade has now seen 12 people buy Hoka's
that previously did not know of their existence. I recommend them as I
genuinely believe in them, how they perform and what they can enable
you to do. That something as simple as a little extra durability is
causing me some negativity I can only assume it is others too. I am
not a heavy runner, I weigh a little under 11 stone (<70kgs) the fact
is they should last better the they do for a premium product.
Posted by justmmb at 8:34 AM

I was listening to the Long Run podcast a couple weeks ago and there was an interview with a chap called Warren Pole who was talking about a venture that he was involved with called '33 Shake'. Offering two products, the 33-Shake and the Chia Energy Gel.

I liked the sound of the products as rather than be sugary/gloopy gel products that we are all familiar with they were natural and as such had a use-by date of around 3 months (as opposed to 3 years!).

I ordered the trial pack of 5 gels, using a discount coupon that you get when you sign up for the newsletter, which made it £8.99 as opposed to £9.99. They arrived, freepost, in a couple of days. All very efficient. Emails were issued on receipt of the order, while the order was being made (they are made to order) and finally despatched.

The gel is very different to other gel products as you have to make it yourself. The product out of the box is dry. To make it you need to open the threaded top and pour in water or coconut water. Then give it a shake to make sure it's mixed and then use. I typically have made them the night before use.

The screw top works well, although pouring liquid in was a bit tricky and needed a small jug (maybe they should sell a small funnel?). I have made them with coconut water and water and they tasted great with both. The consistency is different to a traditional gel as it has solid food in it. When you eat them it is real food, it is a nicer eating experience than a gloopy gel. The vanilla is really strong and balanced with the other ingredients so while it is sweet it is anything but sickly.

My only negative is the shape of the gel. This was difficult to get into my Salomon race vest as the gels are square and not the long thin design that most use. I need to fold them a bit to wedge them into the holders. I also had a problem with one of the gels where the seal under the screw top broke after i had put liquid in. I couldn't carry it so just had it for breakfast as i headed out the door.

I have seen comments about the cost of the product but actually it's comparable. Traditional gels seem to be anything between £1.80-£2 and these come out in that ball-park. Where there is a difference is in the amount of carbs, these offer 11.2g per gel whereas their gloopy cousins offer around 20g. This is definitely something to consider when you are first using them.

Overall the taste and consistency of this product were excellent. I really liked the flavour, it was easy on the stomach and easily digestible. No issues at all. The service provided by 33-Shake was excellent and it's reassuring that the product has short shelf life - it's fresh of sorts. If the packaging could be aligned with traditional products so that it fits in a race vest then this would be perfect.